Charging their way to the top…

In January 2016 in the UK, the total capacity of installed battery storage was only 24MW. This, however, according to an in depth report by Eunomia, is set to grow exponentially to a combined capacity of 1.6 GW by approximately 2020.

So what exactly is causing this huge growth in battery storage capacity?

A combination of both large companies and land owners near towns/cities that can see the potential benefits of power storage, making income from an instalment that needs very little upkeep and/or man hours, while also potentially supplying their own needs for a greatly reduced price is driving growth. The idea of battery storage is simple – store the energy when it is abundant and cheap, use it or return it to the grid when it is more scarce and expensive.

Why have we seen an increase in these installations?

Firstly, the increased use of renewable or sustainable energy sources to produce the electricity, which has an obvious production time and non-production time.

Take wind for example: the power is available and plentiful when the wind blows but absent when it doesn’t. Similarly with solar: during daylight hours the power is there but at night it obviously isn’t. Due to this fluctuation in availability a means to constantly supply energy has to be found. A traditional, easy, but ‘non-green’ energy solution would be the continued use of fossil fuelled power plants to make up for the times when it is needed but not available. But, if we are looking for a renewable green solution then batteries are a way of keeping the green energy supply as constant as possible at all times. With the major advancement of batteries in recent years, using them to store renewable energy is becoming commercially viable.

The second reason for the increase in battery installation is that in the near future, we are expected, as a world, to use greater quantities of electricity than we currently do. As heating and transport gradually change to be powered by electricity, not fossil fuels, the consumption per person will rapidly increase and life will become even more reliant on electricity. Ensuring that disruptions are kept to an absolute minimum will be vital. A combination of renewable energy supply with battery storage will be an integral part of the plans for all governments, no doubt.

Dealing with the fluctuation

This method does exactly what it says on the tin: when there is a glut of energy, from any source, it is utilised to pump water from a low point to an elevated point where it is stored in a reservoir. This now has stored gravitational energy as it is higher than the turbine which will produce power. When the power is required in periods of higher demand, the water is released which travels through a turbine producing electricity. This isn’t the most efficient method of storage, as energy is lost in the process, but it works and does enable supply to be kept at more of a constant rate, similar to a battery. The main benefit of hydro pumped storage over battery storage is that the capacity can be far greater depending on the size of the reservoir.

In August 2016 the UK National Grid auctioned a contract to supply 200MW of storage in 8 battery systems, so that supply and demand could be balanced on a minute by minute basis. They were won by companies such as EDF and Eon, two very large suppliers in the UK, showing signs of a shift towards a full green energy supply.

In May 2016 we saw many of the largest oil companies (Shell, Exxon Mobil and Total) lay out plans for renewable and battery twin systems to diversify away from fossil fuels and invest larger amounts of capital ($500m and $1.4bn for the acquisition of solar power company, SunPower by Total) into the green energy market.

Why it has improved so much?

The recent advances in battery capacity are largely due to a single factor: whichever company is first to make the best functioning battery, with the greatest capacity, will be the market leader when it comes to future supply. This will buy valuable time and an invaluable asset to push ahead of other companies in the industry, similar to the electric vehicle race. Notably in March 2016, one of the UK’s best known and arguably, best contemporary inventor and entrepreneur, James Dyson and his company, Dyson, announced that they would be investing a billion pounds into storage development.

The cost implication of supplying remote areas with electricity makes the twin usage of renewable energy and battery storage a real financial asset. The implication of this combination would mean a constant power supply from a ‘local grid’, no infrastructure costs for installations and upkeep, and not having to pay for any energy consumed. Regions such as the Pacific Island of Ta’u in American Samoa, which traditionally relied on shipments of oil, can now supply energy more reliably than ever before in history, thanks to Tesla’s Solar City and modern battery storage.

Given all the investment and uptake of the technology, one last major factor affecting the increase in uptake is the market force of economies of scale. The technology is getting cheaper due to more people adopting and investing in it, making it more competitive and reliable than other sources. It is a combination of these reasons which has led to the current battery boom. 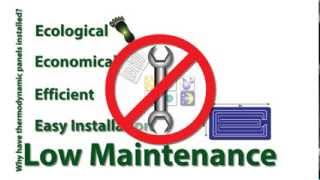 What is an Air Source Heat Pump (ASHP)?

What is an Air Source Heat Pump (ASHP)?

What is a biomass boiler?

The Guide To Commercial Heating Systems